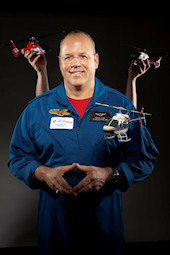 Nelson AeroDynamiX, Corp (NAC) and its President, Kevin Nelson have been active participants in the helicopter industry in many ways. Particularly, Kevin has invested his energies and time into promoting helicopters, helicopter safety, helicopter flying and, techniques and business practices for several years through published articles and news pieces in the media and in periodicals.

It is the most read periodical publication in the world for the helicopter industry now. Vertical publishes:

Vertical is rich in its visual images along with its text… we say, “it carries a lot of eye candy.”

Previously, Kevin was involved as a significant media source for USCG operations news as a Public/Media Relations Officer in addition to flying duties from 1988 through 1999. In addition to this he worked in concert with the author and photographer of the March 1996 issue of AIRFAN International in which they published a feature article on the USCG Dauphin and its operations in the Pacific Northwest.

View the articles written by Kevin Nelson at www.verticalmag.com by referencing the below list of articles:

April/May 2007 Issue –  “There I was,…” An article about the importance of briefing passengers and how it helped during a major aircraft accident – Page 96

June/July 2007 Issue – Cover image and feature story, about the re-engining of the USCG HH-65B helicopter to become the HH-65C – Page 48

October/November 2007 – the first Rotor Roundtable column published which was an initiative led by Kevin Nelson to conduct ‘hangar flying’ on the pages of the magazine to generate thought and discussion amongst the industry regarding teaching techniques, operational considerations, etc. Designed to help build the experience of newer pilots and technicians as they build their careers in the industry. This first Rotor Roundtablep article addressed recognition and teaching techniques for Loss of Tail Rotor Effectiveness (LTE) training – Page 70

October/November 2007 – Rotor Beat news article about the collision of two ENG news helicopters in Phoenix, AZ in July of 2007 resulting in 4 fatalities – Page 12

April/May 2008 –  “There I was,…” Landing at the New Orleans Superdome during hurricane Katrina relief work. Lessons learned – Page 108